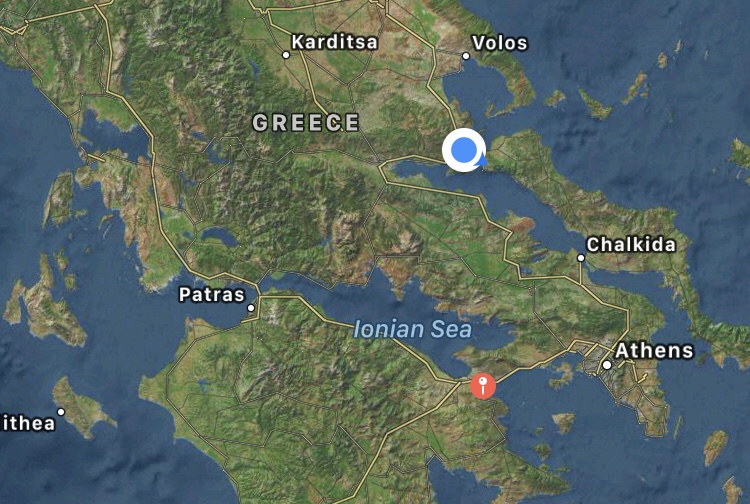 Today we ended up at a nice calm bay after a day of motoring and sailing. Early in the morning around 02:00 we passed the old bridge in Chalkida across the Euripus Strait. This is a narrow channel of water separating the Greek island of Euboea in the Aegean Sea from Boeotia in mainland Greece. The bridge only opens for a short while between the tides when current is minimal. Water flow peaks at about 12 km/hour(!) In order to cross a visit to the port police is mandatory. Here they explain the procedure ( standby on channel 12 from a certain time, they’ll call each ship twice: once to prepare for departure (anchor up etc), and once to start passing the straight ) and they also check the cruising tax paperwork and payment. After the visit to the port police we visited the bridge authority (or whatshamacallit) to pay for the crossing. While in the process of doing this late in the afternoon we had the opportunity to the the tidal current at full force going south. Passing the open bridge was quite an event as it turned out that Chalkida has some active nightlife and yachts passing by the old bridge is part of the festivities. 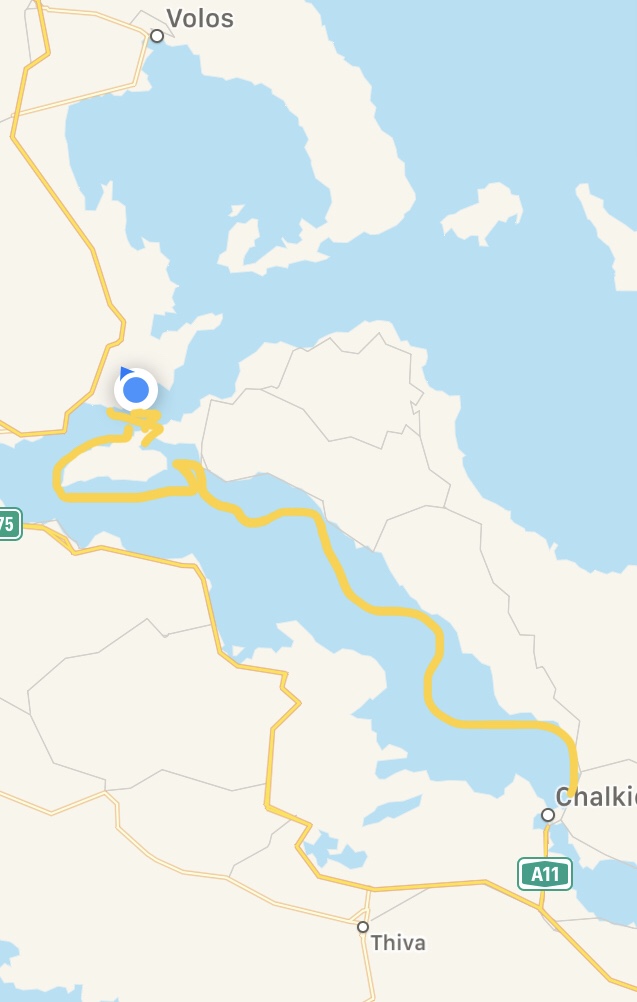 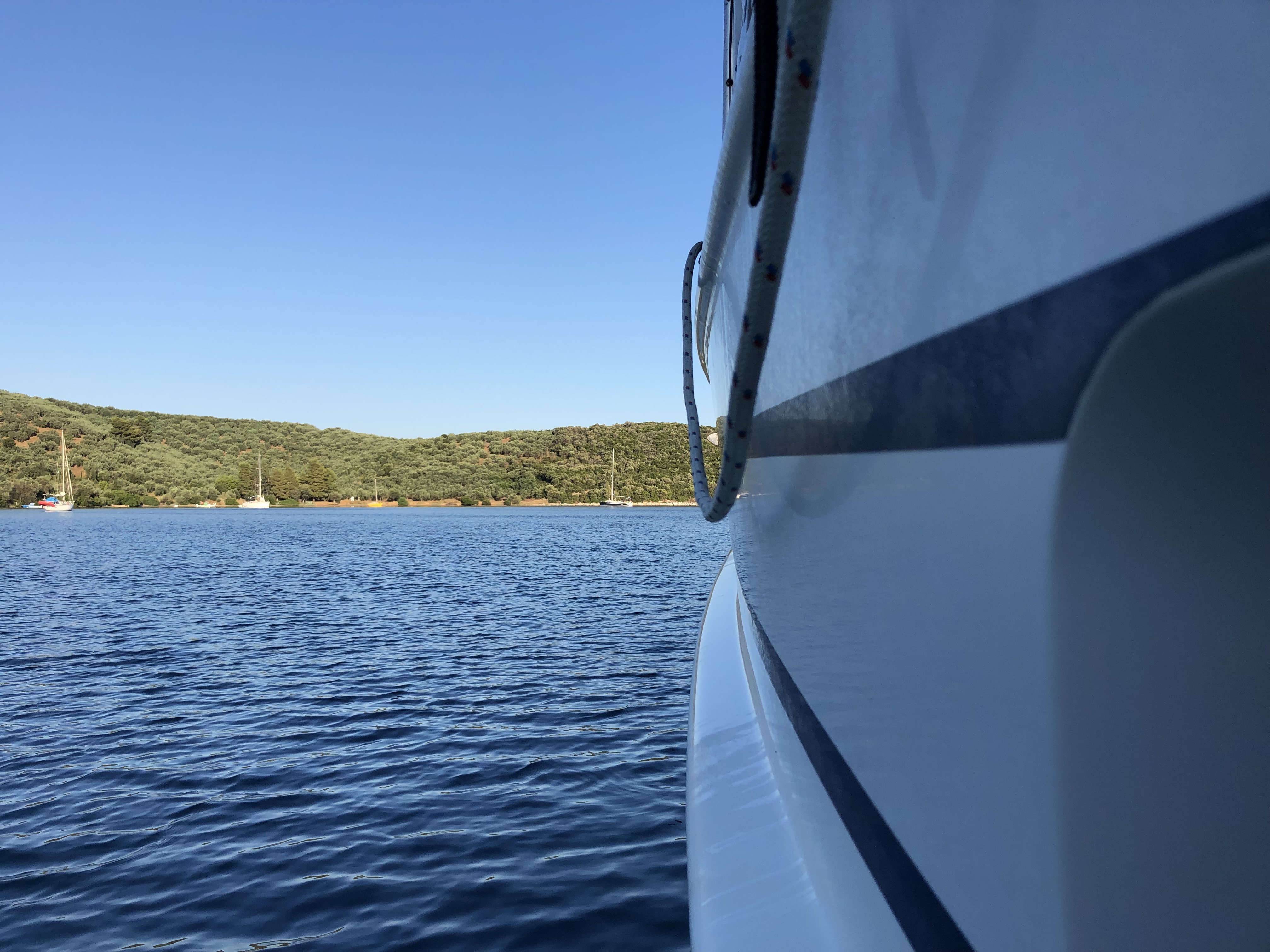 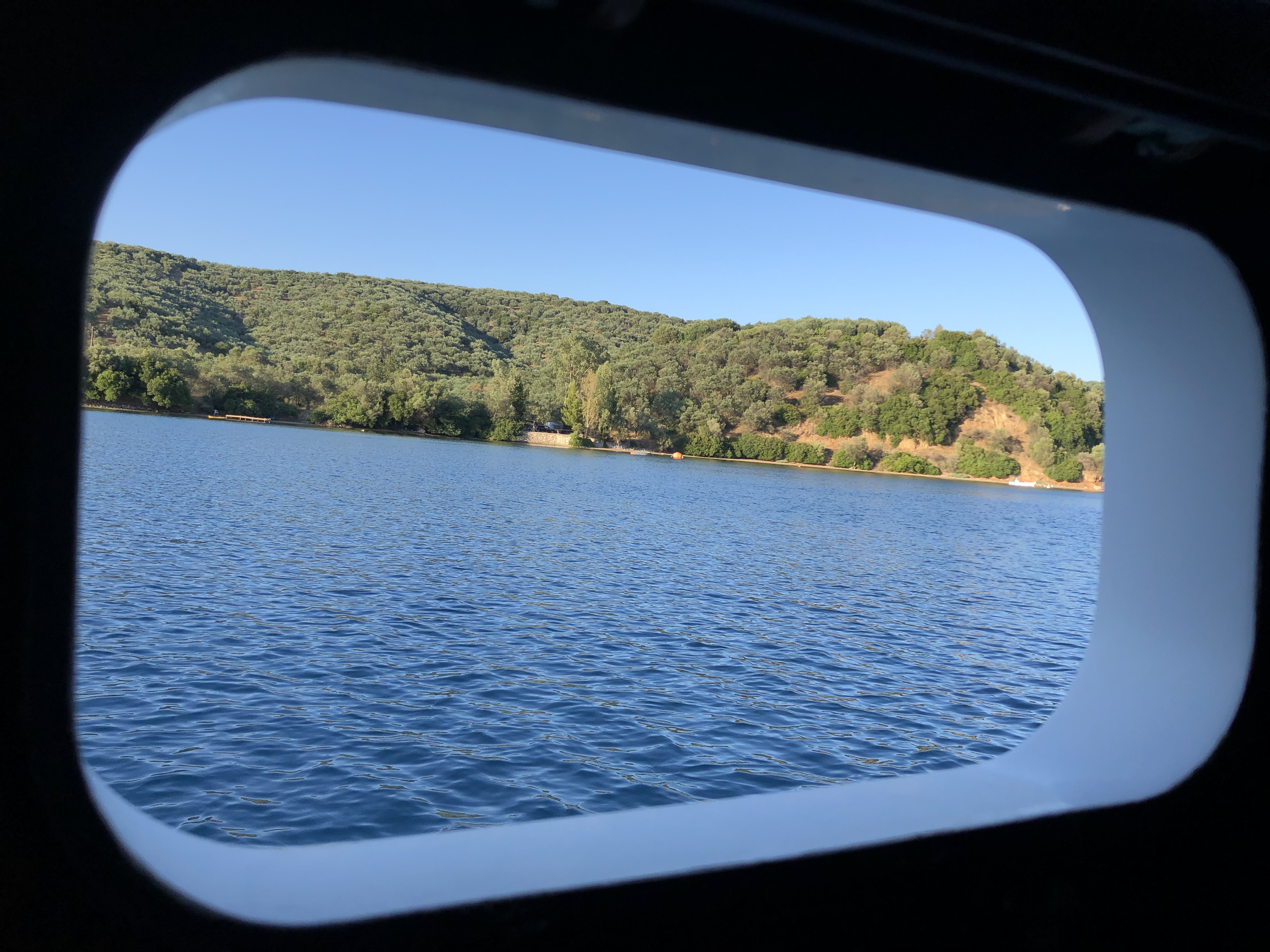