Summer arrived and Ocean Wolf left the marina and has been on anchor in the Lefkas area.

After some diving lessons and while waiting for delivery of some gear we spend time on some boat works to bring things back to former glory. The welder came to replace some rusted area with a fresh bit of steel. Then came oxalid acid treatment to remove rust, primer, epoxy filler, rinse and repeat etc.

The engine room fan exhaust under the step to the doghouse is also in need of rust control. 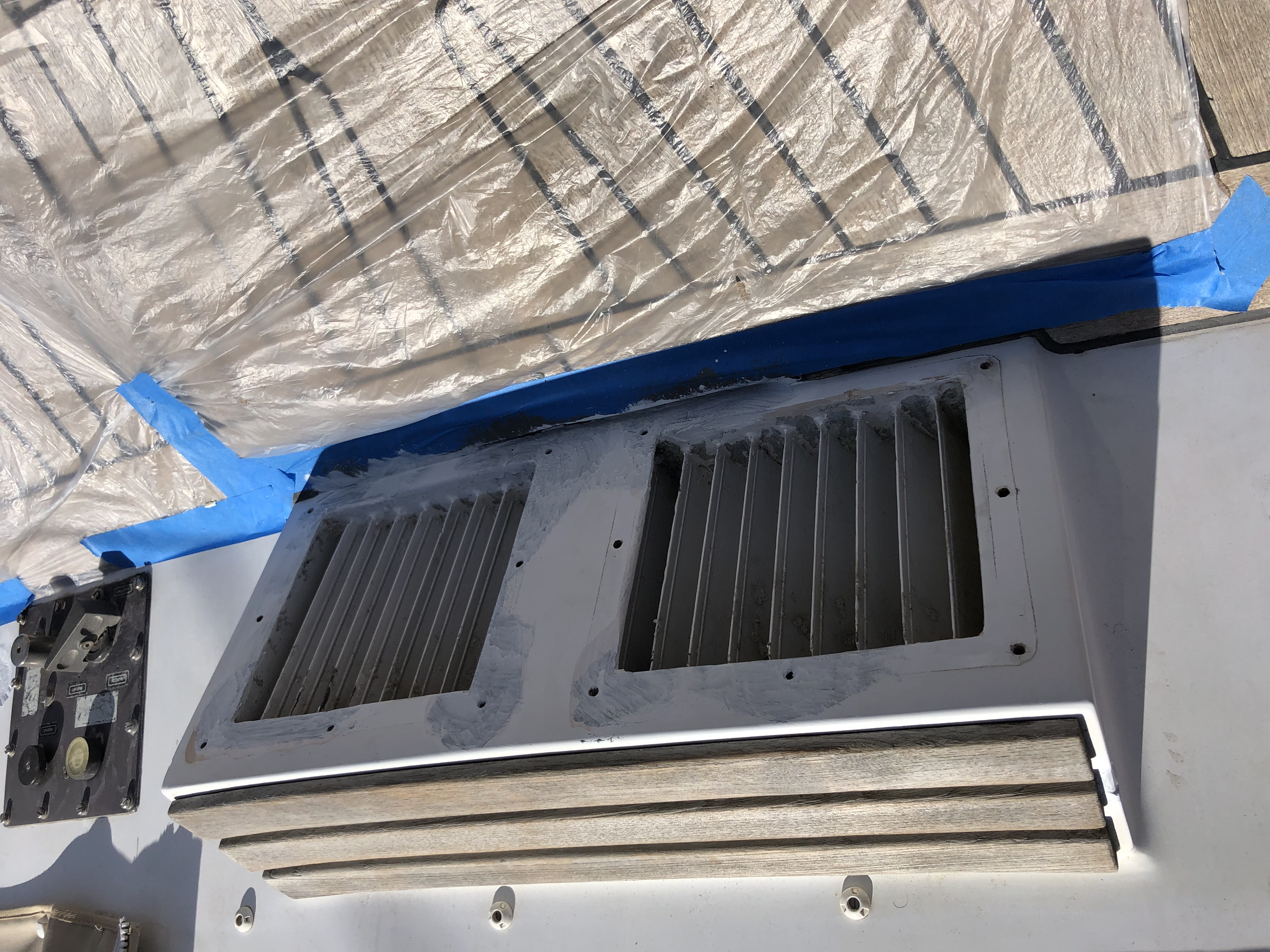 The doghouse is being varnished as well. This will require perseverance to get to the required 12 coats . We established that 4 coats is not sufficient to prevent water from reaching the wood. This means getting up early (before the temperature gets too high).

Some wood veneer was glued back were water caused it to get lose many moons ago. The greatest satisfaction was achieved by working on the Speich Clear View window. Thus far we only saw it blocking our view instead of enhancing our view.

That is we never saw it in working order and there was a lot of dirt that built up between the outer spinning pane and the main window pane. Our goal was to clean this to restore some clarity of view. After liberal use of our plastic hammer we managed to loosen the spinning pane. Success! Soap and water did wonders and more importantly found out that the motor worked fine without the window attached. We subsequently managed to reassemble everything and lo and behold: we have a functional window! What does it do you ask? When turned on the clear view window spins at approximately 1700 rpm which makes any water disappear in a split second. Thus even in heavy rain this will allow for a clear view through the window! Aside from that it’s just cool to have a spinning window.